Thanks to the large lithium-ion battery that accounts for more than half of the maximum take-off weight, the Alice can fly up to 814 km on a single charge. 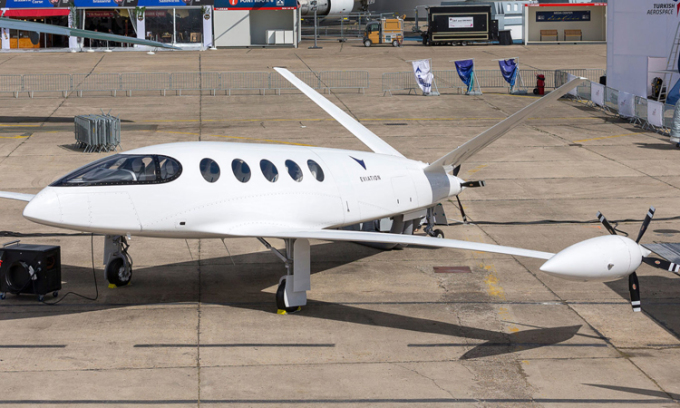 Israeli-American company Eviation prepares to conduct first tests with Alice - 11-seat luxury electric plane, New Atlas on May 15. Alice owns a large 820 kWh battery pack and an impressive range of up to 814 km after a single charge.

The first electric motor has just arrived, Eviation said. Alice uses three Magnix engines mounted on the tips of the wings and tail. The engine in the tail is designed to help accelerate the air around the fuselage and create more lift.

Alice's prototype looks quite nice with its slim body and large V-tail. It can carry 9 passengers and two crew members at a speed of 407 km/h. Eviation says that the electric powertrain makes only a small amount of noise, helping passengers feel more comfortable.

With today's electric aircraft, the range of 814 km is a very impressive number. To do this, Alice must carry a lithium-ion battery pack weighing up to 3,720 kg, accounting for more than half of the maximum take-off weight of 6,668 kg. In turn, the plane is built with lightweight composites.

Eviation said it is possible that electric aircraft will initially be more expensive than traditional fuel-burning aircraft due to the high price of lithium batteries. However, much lower fuel and maintenance costs result in lower overall operating costs. Eviation believes that it won't be long before fossil fuel vehicles will find it difficult to compete in the market, at least with aircraft the size of Alice and with short flights of about 800 kilometers or less.