Apple is said to be building its own search engine for the iPhone and Mac so that it does not have to use Google products.

According to Coywolf, a website specializing in SEO, Apple recently made significant improvements to the Applebot, a web crawler bot. This bot not only crawls HTML files, but also displays search pages similar to Google. In addition, Apple is also rushing to recruit engineers with expertise in search engines, as well as improving Spotlight features on iOS and Mac. 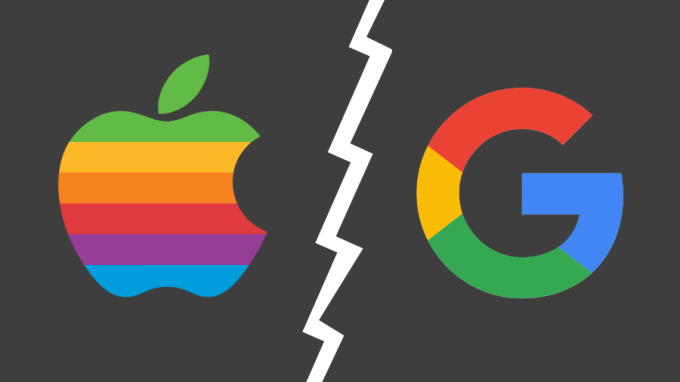 Apple and Google may no longer cooperate in search. Photo: MSPowerUser.

Currently, most of Apple's devices are using Google's search engine. For this, the parent company Alphabet pays "Apple" billions of dollars each year.

Apple's upcoming change could have a huge impact on both Apple and Google. Google will lose a lot of market share from Apple's huge user base, while iPhone, iPad, Mac ... users will take time to get used to the new search engine and suffer errors when Apple operates. operating system, similar to Apple Maps before.

Apple recently turned to the service sector, so according to experts, the development of its own search engine will benefit them in the long run. According to Coywolf, advertising for apps in search results will directly benefit Apple services, while also making the promotion of Google's PWA (Progressive Web App) web apps impaired. weak. Google will not retain a monopoly in the search market, thereby affecting its advertising revenue and data mining in the future.

In addition, developing its own search engine will make it easier for Apple to promote its products, including struggling services, such as Apple News + or Apple TV +. The integration of a search engine in the product will give Apple greater control and more tightly "lock" on its already closed ecosystem.

In addition, the new search engine also helps Apple expand its ad-serving platform, allowing developers to integrate ads into their apps in search results. This will be a new source of revenue for the iPhone company in the future.

However, many experts believe that the launch of its own search engine can make Apple more and more "authoritarian", taking advantage of its monopoly position to jump into new markets. This action is similar to Microsoft in the past when defaulting Internet Explorer on Windows since the 1990s.

In the past, many of Apple's apps were still successful, even bad. Apple Maps when it was released a lot of bugs, but now has a number of users surpassing Google Maps in the US. Apple Music was criticized when it first launched, but also overwhelmed Spotify in the number of paid users in many markets.