Android 12 has a new design, focuses more on security and privacy, and improves performance and optimizes smartphone battery life. 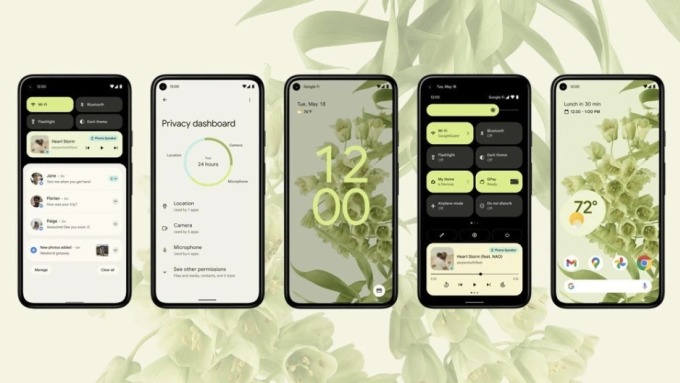 Android 12 with a more youthful and beautiful interface. Photo: Phonearena.

Android 12 launched during Google 's important annual event - Google I/O 2021. Previously, the beta was released to app developers but did not fully open the features. Android 12 will be officially released later this year. Currently, users can use the beta version available on Google Pixel.

Here are the highlights on Android 12:

The interface is the biggest improvement on Android with Material You design language. Google does not use a single white background as before, but has many different colored backgrounds. Depending on the wallpaper the user sets and thanks to the Color Extraction feature, Android 12 will automatically determine which colors are dominant and which are complementary to include in the background of notifications, lock screen, volume control. .. Google also added many new animations.

In addition to colors and movements, the Android 12 interface has also been significantly changed. First, the Quick Settings panel is more streamlined, with a dimmer slider placed on top. The notification bar is bolder and larger than before. The quick settings tiles are now only four. The notification drawer is not fully expanded so the interface looks cleaner. Besides, two features Google Pay and Home Controls are also added to the notification panel. 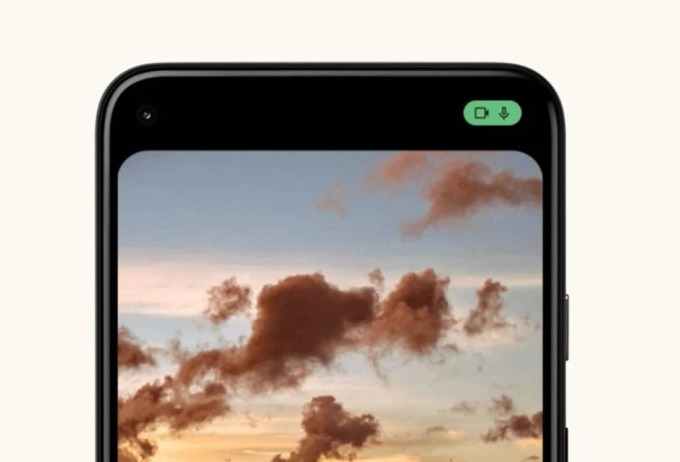 The icon notifies that the application is using the microphone and camera on the user's smartphone. Photo: Phonearena.

Google focuses heavily on security and privacy in this version of the operating system. Android 12 will have iOS-like privacy warning icons in the upper right corner. Clicking on these icons, users will be notified which applications are using the microphone and camera on the phone. The Quick Settings section has more shortcuts for users to turn off the microphone and camera on all applications.

The Privacy Overview feature shows what data is being accessed, how often, and which apps are accessing it. Users can revoke the permissions granted to the app right here. Location access has also been improved, whereby some apps will only be given the user's general location instead of the exact location.

The new Android operating system is faster and more efficient than the previous generation. Google says CPU processing time for core system services is reduced by 22%, and the device's high-performance CPU usage is also reduced by 15%. As a result, much better battery life.