The first Japanese electric car model to the European market with a price reduction of $ 3,900 from the policy of supporting "green" cars.

The price of $ 32,900 is for the standard version MX-30 SE-L Lux, including the support from the British government. Meaning, if not discounted, the car price is 36,800 USD.

The electric crossover is equipped with a range of driver assistance technologies such as rear collision warning and lane keeping assist, blind spot detection. All versions come with a Type 2 AC charging cord and a socket for a 50 kW quick charger. 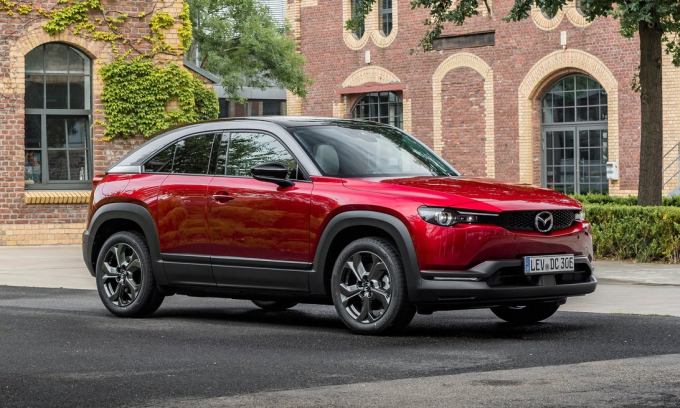 The MX-30 arrived in the UK with its pure electric version. Photo: Mazda 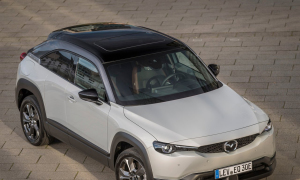 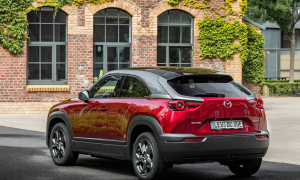 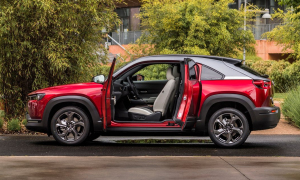 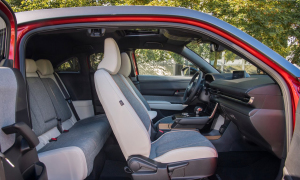 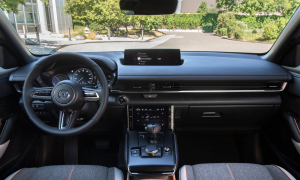 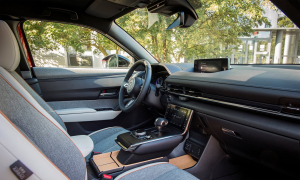 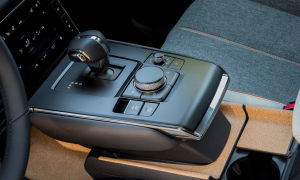 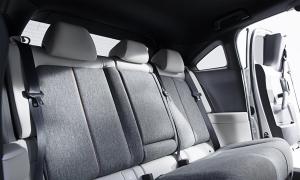 The Sport Lux is just $ 65 more expensive than the First version, with electric seats and more color options. Three-tone interior.

The top-of-the-line GT Sport Tech has an electric sunroof, heated steering wheel, Bose audio system with 12 speakers, a 360 camera. Customers can order for $ 1,000 and delivery is expected before the quarter. I / 2021.

The MX-30 makes 141 hp and 264 Nm of torque from an electric motor with a 35.5 kWh battery pack. The car can run 209 km per full charge. This is significantly less than many competitors, like the Hyundai Kona Electric (449 km), but Mazda says the MX-30's capacity is more than enough for the average daily journey of 50 km for European customers.

Christian Schultze, director of research and development at Mazda Europe, said: "We don't use excess batteries, but consider the distance a customer needs to travel and how much energy can be saved to reduce gas consumption. CO2 ". Tomiko Takeuchi, project manager also said, currently the company has no plans for a higher performance version or longer range of MX-30.

Mazda has chosen to differentiate the MX-30 from other electric models with some driving characteristics, like less regenerative braking power, while the acceleration is more powerful. The crossover also has a simulated sound system to simulate the sound of the internal combustion engine as revs increase. But customers can also choose silent mode at the touch of a button.

The MX-30 uses a new structure already found on the Mazda3 and CX-30, but increases the arch structure around the battery pack and the floor to create a "super-stiff and responsive body", according to Schultze.

The MX-30 is the same length as the CX-30 but is slightly taller because of the extra space for the battery pack under the floor. The car has the legendary reverse opening of the RX-8 model.

Separated on the dashboard is a 7-inch touch screen. Below is another screen for controlling the air conditioner (a first time on a Mazda car), next to the gear lever and two round knobs for some other features.

Just like the concept, the electric crossover uses different materials for the interior. Door covers use fibers made from recycled plastic bottles and styrofoam wood as trays for the central items to be harvested from the bark. Seat covers are also new materials.