Nebulus tuner not only brings impressive power to the Porsche Cayenne, but in parallel is a serious investment in appearance.

Nebulus tuner did not give any more detailed performance parameters, other than just saying that the maximum speed limiter (Vmax limiter) has been removed. However, we have the right to believe that the parameters of acceleration as well as the limited speed have increased significantly because with the original Cayenne, the SUV was able to accelerate from 0-100km / h in 3, 9 seconds with the optional Sport Chrono package and reaches a top speed of 286 km / h.

To get this amazing new power level, Nebulus has adopted the equipment of the German tuning company HGP Turbo, namely a newly upgraded turbocharger, a new intake manifold and a sports air filter. like ECU remap. As a result, the top SUV from Porsche now has a capacity of 948 hp and maximum torque of 1,250 Nm. 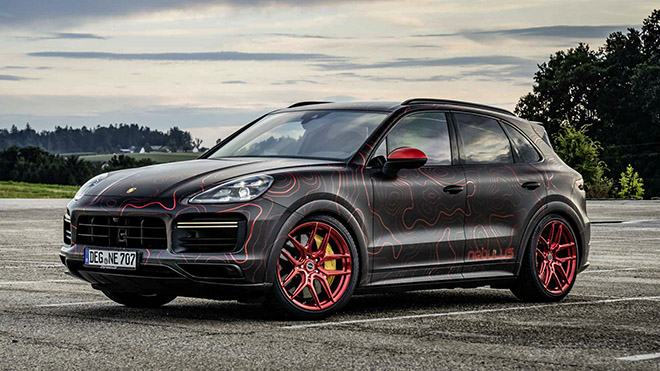 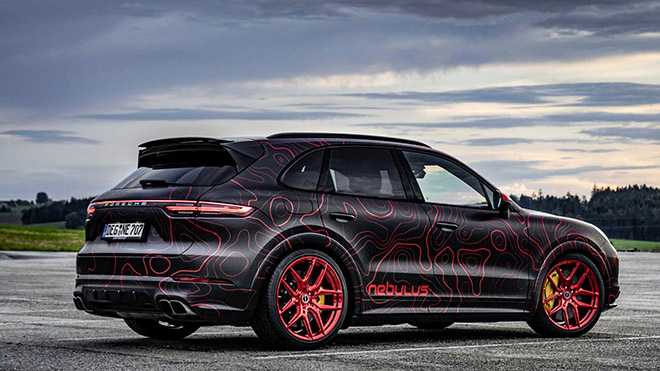 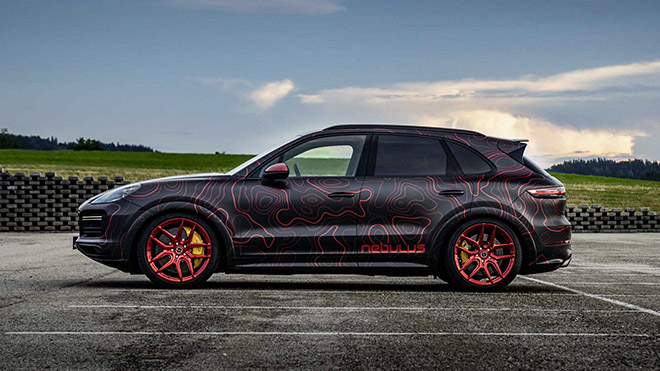 Compared with the most powerful Turbo version of the original Cayenne, V8 engine, 4.0L twin-turbocharged capacity, 542 horsepower capacity and maximum torque of 770 Nm. In both versions, power is directed down to 4 wheels through an 8-speed automatic transmission.

The new appearance of the Porsche Cayenne by Nebulus took a week to complete. Specifically, technicians had to start with a Cayenne finished in white paint and then wrapped in Obsidian matte black. Then, the company added another layer of Ruby vinyl red, with a different thickness / thinness with a special pattern made by 811 Design. 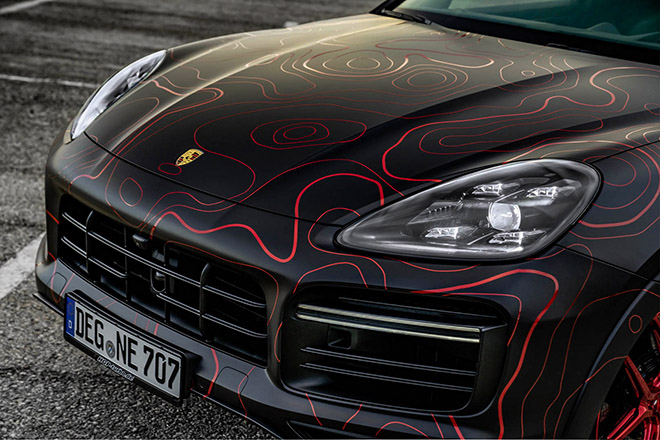 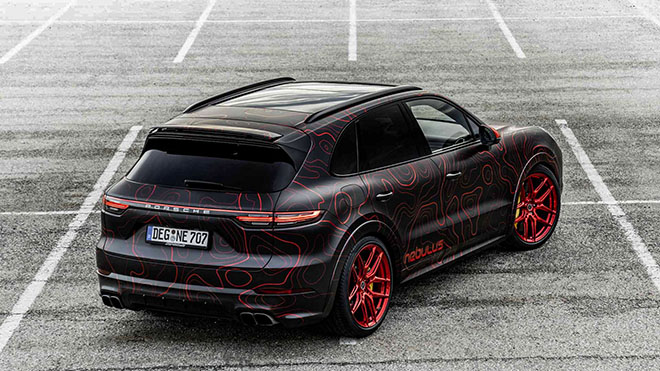 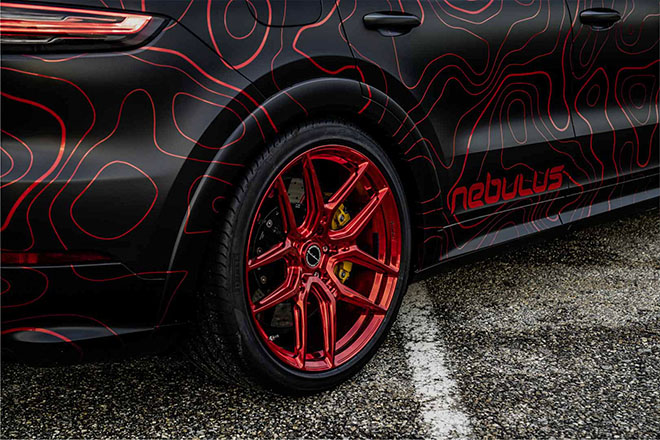 Completing this unique and sophisticated build is a set of toned red 5-spoke Y-alloy wheels with red patterns. Inside, the prominent yellow brake calipers create a clear contrast with the exterior. This latest Nebulus project reminds us of the revised Audi RS7 introduced last month, with similar upgrades.

Currently, the price to upgrade the capacity of the SUV from Germany has not been announced. But enough to delight Porsche Cayenne owners.