The two tech giants will combine WearOS and TizenOS into one, making smartwatches run apps faster and save battery life.

Samsung and Google will focus on improving WearOS to make applications running on this platform work faster, while improving battery life for smartwatches and adding support features for athletes. 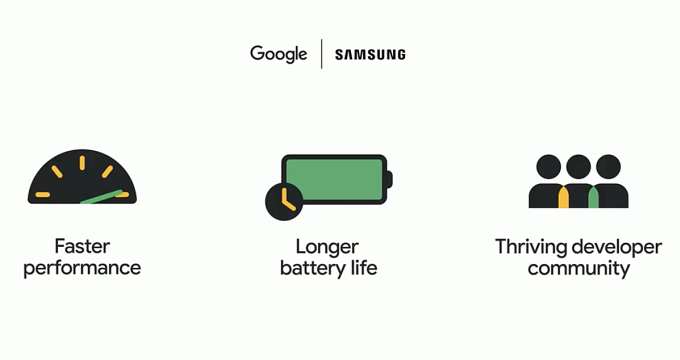 Google and Samsung jointly develop an operating system for smartwatches.

Google says users will see better WearOS performance, apps launch 30% faster, and smoother UI animations and movements. For long battery life, the lower layers of the operating system are optimized to take advantage of low-power processors, so users can use the heart rate sensor, monitor their sleep continuously. up to 2 days.

In addition, smartwatch manufacturers running Wear OS can also customize the interface of this operating system to resemble Android, like Samsung will sell Galaxy Watch4 running WearOS with One UI interface. Updates will now be handled by device manufacturers, and users can customize their favorite apps so they can access the information they want to see at a glance.

Google also redesigned and improved Maps and virtual assistants for smartwatches. The Google Pay payment feature will be used on smartwatches in 26 new countries, in addition to the 11 already available. YouTube Music will arrive on Wear OS later this year.

New tools for developers are also coming, like the Tiles API and a watch face design editor built by Samsung. Newly rebuilt apps from Strava, Adidas Running, Bitmoji, and more will also be rolling out later this year.