The Starship will fly into orbit for the first time from Texas and land in Hawaii in an unmanned flight. 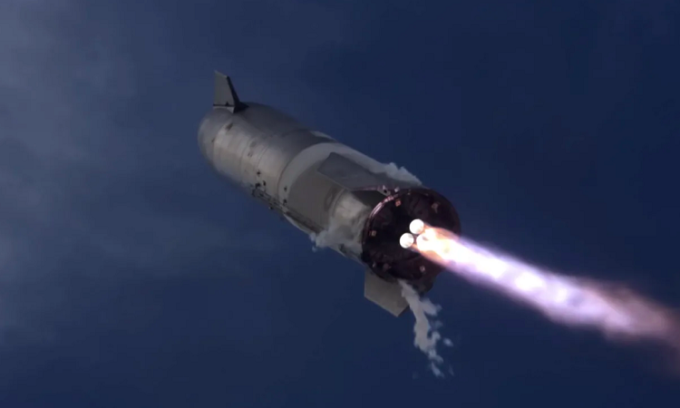 SpaceX is planning to launch a Starship prototype from a familiar location near the village of Boca Chica, Texas, make an unmanned flight around the world and land off the coast of Hawaii, according to a filing with the Federal Communications Commission. United States (FCC). The flight date has not been disclosed, although SpaceX founder and CEO Elon Musk said he hopes the Starship will be in orbit by the end of 2021.

The Starship system consists of two components, both of which are designed to be fully reusable, including the Starship spacecraft and the giant Super Heavy booster rocket. In the upcoming orbital mission, SpaceX plans to have the first stage, most likely a Super Heavy rocket, return to Earth about 6 minutes after takeoff. But the Super Heavy will not land at the launch pad, the target landing area is a field near the Gulf of Mexico, about 32 kilometers off the coast of South Texas.

The Starship will continue to fly between the Florida Straits. The ship will make a gentle engine landing about 100 kilometers off the northwest coast of Kauai. SpaceX wants to collect as much data about the flight as possible to learn more about the Starship's recirculation dynamics, as the flight is extremely difficult to accurately predict or simulate on a computer. That data will help with future vehicle design and better modeling.

The plan to launch the ship into orbit was submitted to the authorities by SpaceX just days after the Starship SN15 prototype successfully landed in a high-altitude flight test, taking off from South Texas on May 5. The four predecessors of the SN15 also performed this test, but all exploded into pieces. One of those vehicles, SN10, appeared to have landed safely in March, but a fire that quickly broke out at the base caused the ship to explode.

SpaceX is rapidly improving the Starship's design from lessons learned after each flight. With the SN15, for example, SpaceX improves the vehicle in terms of structure, avionics, software, and engines, allowing for increased speed and efficiency in flight. In particular, the newly upgraded avionics kit, the improved propellant fuel tank structure on the back, and the new Raptor engine design help the ship operate better.

SpaceX plans to use Starship to ferry people and cargo to the Moon, Mars and other places from Earth. According to Musk, if testing goes according to plan, the Starship and Super Heavy rocket could be fully operational by 2023.