The satellite Internet race by Elon Musk and Jeff Bezos

Elon Musk dominates the race for satellite Internet, but Jeff Bezos is also investing tens of billions of dollars to compete for market share.

Kelly, an American writer, just bought a small farm in Oregon, which has beautiful scenery, affordable price, just 30 minutes drive from the city. All are great except the farm has no internet. The population here is too small, the operators do not "bother" to pull the fiber optic cable.

Normally, this is not a big deal, but in the context of a pandemic, Kelly has to stay home and she feels that not having the Internet is truly a disaster. Whenever she needs to work, Kelly has to drive to a restaurant in the city to use Wi-Fi. 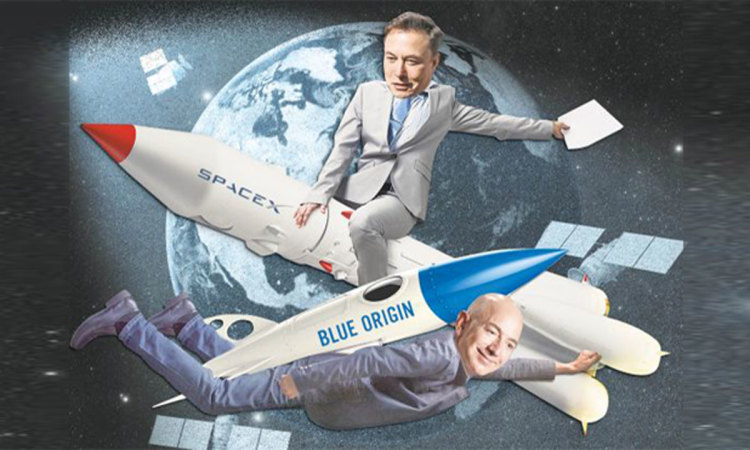 According to Bloomberg, the US is one of the largest digitally divided countries in the world. The rural poor have little access to broadband Internet. The US Federal Communications Commission (FCC) estimates that about 20 million people cannot access high-speed Internet.

In the near future, remote areas such as Kelly's farm will be less dependent on traditional fiber optic systems. Elon Musk's Starlink satellite Internet is already being tested. On August 13, the Reddit community posted the first results about the speed of satellite Internet, averaging about 30 Mb / s, the highest of 60.24 Mb / s. Although the speed has not been as expected, it has also met with daily activities online.

Elon Musk has the leading edge

In November 2018, the FCC approved SpaceX to launch 12,000 satellites into low-Earth orbit. Currently, the company just launched to space about 600 Starlink satellites. Musk hopes that in the future, that number will rise to around 30,000. In the period of 2019 - 2024, there will be about 1,584 satellites deployed. In low orbit, 550 km from Earth, a giant three-layer satellite network is being built by the SpaceX CEO.

Starlink is more suitable for rural America, as well as remote areas around the world, Musk said. 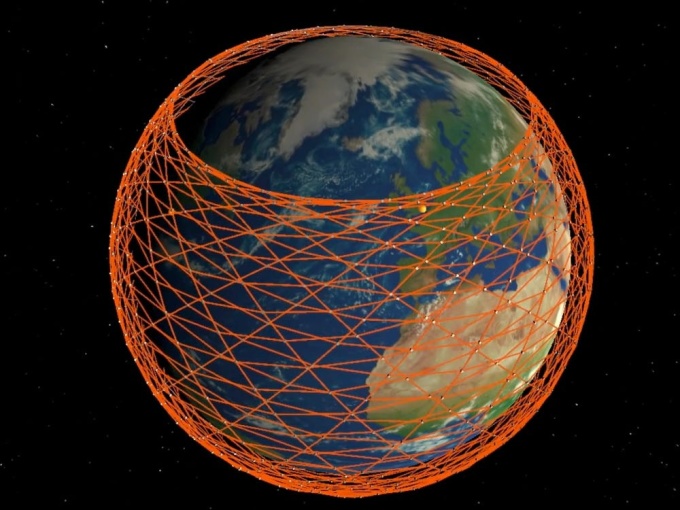 In June 2020, Starlink's satellite Internet service offered a free trial. Immediately more than 700,000 people signed up. In the face of an unexpectedly interested user base, SpaceX submitted a request to the FCC proposing to increase the number of licensed terminals from one million to five million.

Rural residents are especially looking forward to the commercialization of the Starlink project. Musk's ultimate goal is to make the internet available to the world by 2021, including low-cost urban internet services.

Although the project was approved by the FCC later than SpaceX, Amazon is showing its determination in the satellite Internet race. Jeff Bezos announced that he would invest $ 10 billion in the Kuiper project. He plans to launch 3,236 satellites into low-range orbit before July 30, 2029. Amazon plans to deploy the project in five phases, the Internet service will be commercialized after launching into orbit with 578 satellites.

Amazon plans to sell satellite Internet to both consumers and businesses and government agencies. However, the company has yet to give Kuiper a timetable. The FCC said Amazon has not yet completed the satellite design. A representative of the company said that Kuiper is ready to cooperate with Starlink's satellite Internet network. In response to this statement, SpaceX objected to the FCC review and licensing process for the Kuiper project. 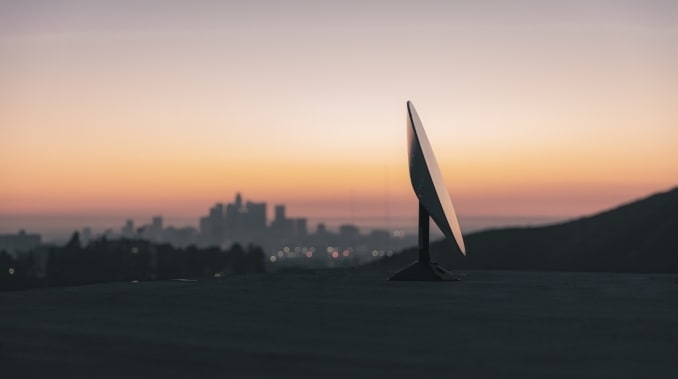 Amazon's Kuiper Project has yet to report its risk analysis. Photo: Techstartup.

One key issue that Jeff Bezos has yet to address in this race is debris in orbit. While Amazon insisted it would remove its satellites from orbit within 355 days of their completion, SpaceX pointed out that Kuiper "did not submit a casualty risk analysis" of whether Whether Amazon's satellite debris can "survive" when it returns. Part of that analysis will be an estimate of the "probability of fatalities". The FCC said Amazon will have to present it later as part of the final debris reduction plan.

The potential of satellite Internet

Behind the fierce competition are the huge profits in the satellite Internet market. Musk has ambitiously stated that the total global Internet revenue is about a trillion dollars a year and "Starlink" is trying to win 3 to 5% market share. Average revenue is about 30-50 billion USD, about 10 times higher than rocket launch.

Billionaires are betting money and the future on two things: demand for satellite Internet will explode over the next decade, especially in new markets like Africa, and they can gain substantial market share. of this potential market using low orbit satellites.

Chad Anderson, CEO of venture capital firm Space Angels, said the satellite internet business received the attention of no more than 10 companies until SpaceX won a contract in 2009 with NASA. Since then, more than 435 space companies have received $ 20 billion in startups.

Anderson believes that the space race is entering a new phase led by Musk and Bezos. They both own rocket companies as well as new technologies that make many people's dreams come true. "Not many big telecom companies have the potential to survive in the long run. Most of the startups have disappeared after 'roasting' large sums of money into the race," Anderson told Financial Time. . 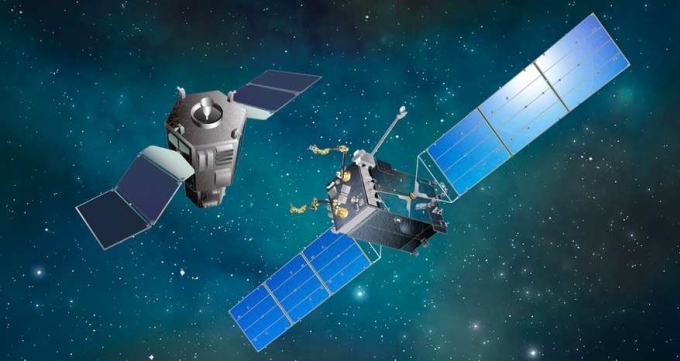 Musk and Bezos have competed with each other for the past 20 years, from aerospace technology to self-driving cars. Satellite Internet will be the next battleground for two technology billionaires. Currently, SpaceX's Starlink project is the market leader and Amazon's Kuiper is trying not to be left behind. While SpaceX is speeding up plans to launch satellite shipments, increase terminals and start giving people trials, Amazon's plans are still on paper and opposed by the tech world.

In addition to SpaceX and Amazon, Facebook also plans to enter this market. UK-based communications company OneWeb currently has 74 satellites in orbit. Before that, they filed an application to the FCC asking to add the number of satellites in orbit to 48,000 units.